HomeNewsWhy “Natural Immunity” Is a Political Problem for the Regime

Why “Natural Immunity” Is a Political Problem for the Regime

Since 2020, public health technocrats and their allies among elected officials have clung to the position that absolutely every person who can possibly get a covid vaccine should get one.

Both the Mayo Clinic website and the  Centers for Disease Control and Prevention website, for example, insist that “research has not yet shown” that people who have recovered from covid have any sort of reliable protection. Moreover, the CDC page points to a single study from Kentucky claiming that people with natural immunity are more than twice as likely to contract covid again, compared to people who have been vaccinated.

This narrative is reflected in the fact that the Biden administration’s vaccine mandates are a one-size-fits-all policy insisting that virtually all adults, regardless of whether or not they’ve already had the disease, receive a covid vaccine. The official position is apparently this: nothing except the vaccine can provide any sort of resistance or immunity. So get a vaccine. No exceptions!

Health technocrats have repeatedly insisted that “the science” points unambiguously toward everyone receiving a vaccine, even to the point of pushing vaccines for children. All this in spite of the fact the risk to children from covid is far less than the risk a dozen common daily risks, such as riding in an automobile.

The regime has attached itself closely to a vaccinate-everybody-no-matter-what policy, and a sudden u-turn would be politically problematic. So it’s no wonder there’s so little interest in the topic.

CNN’s Sanjay Gupta asked if people who have already recovered from COVID-19 should still be required to get the vaccine.

“I don’t have a really firm answer for you on that,” [Fauci] said Thursday on CNN. “I think that is something that we need to sit down and discuss seriously.”

Maybe someday they’ll get to talking about it.

But some physicians aren’t as obsessed with pushing vaccine mandates as Anthony Fauci, and the evidence in favor of natural immunity is becoming so undeniable that even mainstream publications are starting to admit it.

In an op-ed for the Washington Post last week, Marty Makary of the Johns Hopkins School of Medicine argues that the medical profession has hurt its credibility in pretending that natural immunity is virtually irrelevant to the covid equation. Moreover, the dogmatic “get vaccinated” position constitutes a lack of honesty about the data. Rather, Makary concludes:

[W]e can encourage all Americans to get vaccinated while still being honest about the data. In my clinical experience, I have found patients to be extremely forgiving with evolving data if you are honest and transparent with them. Yet, when asked the common question, “I’ve recovered from covid, is it absolutely essential that I get vaccinated?” many public health officials have put aside the data and responded with a synchronized “yes,” even as studies have shown that reinfections are rare and often asymptomatic or mild when they do occur.

And what are these studies? Makary continues:

More than 15 studies have demonstrated the power of immunity acquired by previously having the virus. A 700,000-person study from Israel two weeks ago found that those who had experienced prior infections were 27 times less likely to get a second symptomatic covid infection than those who were vaccinated. This affirmed a June Cleveland Clinic study of health-care workers (who are often exposed to the virus), in which none who had previously tested positive for the coronavirus got reinfected. The study authors concluded that “individuals who have had SARS-CoV-2 infection are unlikely to benefit from covid-19 vaccination.” And in May, a Washington University study found that even a mild covid infection resulted in long-lasting immunity.

The policy bias in favor of vaccines ignores many other facts as well, such as the relative risks of vaccines, especially for the young:

The current Centers for Disease Control and Prevention position about vaccinating children also dismisses the benefits of natural immunity. The Los Angeles County School District recently mandated vaccines for students ages 12 and up who want to learn in person. But young people are less likely to suffer severe or long-lasting symptoms from covid-19 than adults, and have experienced rare heart complications from the vaccines. In Israel, heart inflammation has been observed in between 1 in 3,000 and 1 in 6,000 males age 16 to 24; the CDC has confirmed 854 reports nationally in people age 30 and younger who got the vaccine.

A second dose of the two-shot mRNA vaccine like that produced by Pfizer and Moderna may not even be necessary in children who had covid. Since February, Israel’s Health Ministry has been recommending that anyone, adult or adolescent, who has recovered from covid-19 receive a only single mRNA vaccine dose, instead of two. Even though the risk of severe illness during a reinfection is exceedingly low, some data has demonstrated a slight benefit to one dose in this situation. Other countries use a similar approach. The United States could adopt this strategy now as a reasonable next step in transitioning from an overly rigid to a more flexible vaccine requirement policy. For comparison, the CDC has long recommended that kids do not get the chickenpox vaccine if they had chickenpox infection in the past.

The nonscientific, ideology-induced blind spot for natural immunity also prompted The BMJ  (the journal of the British Medical Association) to note that “[w]hen the vaccine rollout began in mid-December 2020, more than one quarter of Americans—91 million—had been infected with SARS-CoV-2…. As of this May, that proportion had risen to more than a third of the population, including 44% of adults aged 18–59.”

And yet, the authors note this fact doesn’t appear to be a part of any policy discussion at all:

The substantial number of infections, coupled with the increasing scientific evidence that natural immunity was durable, led some medical observers to ask why natural immunity didn’t seem to be factored into decisions about prioritising vaccination.

This problem is reflected in the Biden administration’s drive for booster shots—announced in mid-August—even before there was any clinical research on booster shots at all. Even by mid-September, as one hospital’s chief medical officer put it, “the data is not compelling one way or another.”

But those sorts of details don’t trouble federal “public health” officials, and the Biden administration quickly moved toward pushing booster shots for everyone.

This Is Why There Should Be No Mandatory Medical Treatment

Of course, mandating vaccines—like mandating any medical treatment—would still be immoral even if we could list a dozen studies suggesting boosters are a boon and that natural immunity is no good.

What if there were twenty-five studies “proving” vaccines are better than natural immunity, but only twenty studies “proving” natural immunity is better? Would coercive vaccine mandates then suddenly be justified? Unfortunately, that’s exactly how many advocates for repressive covid policies think the world should work. For these people, policy is just a matter of adding up the number of studies “proving” their side is right, and then claiming this justifies forcing mandatory medications on millions of human beings.

(It never works in reverse, of course. The fact that there’s a lot of evidence—as Makary points out—against vaccines for those who have natural immunity, the dominant narrative is nonetheless that vaccines are “necessary” and “worth it” for everybody, always and everywhere.)

In the real world, however, many medications—including these new vaccines—come with risks that must be weighed against potential benefits. These decisions can only be made at the individual level, where patients must make their own decisions about what substances to put into their own bodies. In other words, blanket policies proclaiming “everyone must receive this medical treatment immediately, or else” contradicts the realities of the uncertainties and varying risk levels that affect individuals. The facts of uncertainty and informed consent were once considered a mainstay of medical ethics—and of any political ideology that actually respects self-determination and basic human rights. Unfortunately, the philosophy of “public health” appears to be uninterested in such trivialities.

At this point, it would be embarrassing for the regime to admit what actual scientific inquiry has shown: that natural immunity is generally superior to receiving the vaccine. The regime doesn’t like to be embarrassed, and neither do the countless doctors and nurses who have long toed the regime’s political line. So expect more of the same.

[Read More: “Debunking Biden’s Claim We Must ‘Protect the Vaccinated from the Unvaccinated’” by Ryan McMaken] 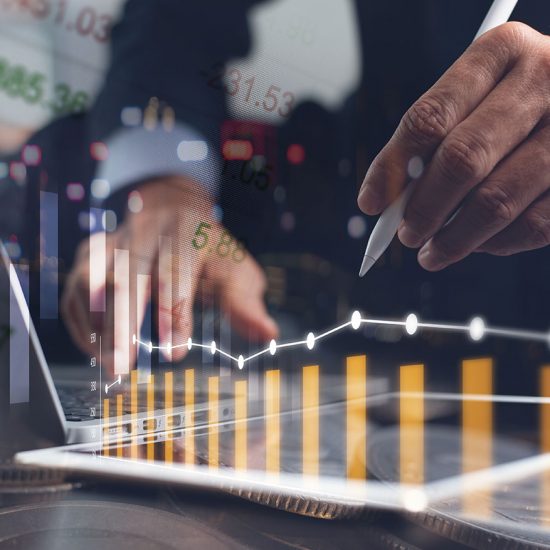 US Military Propaganda in Film, Sports, and TV: It's Everywhere

Vaccine Mandates: Who Will Comply, and Why?