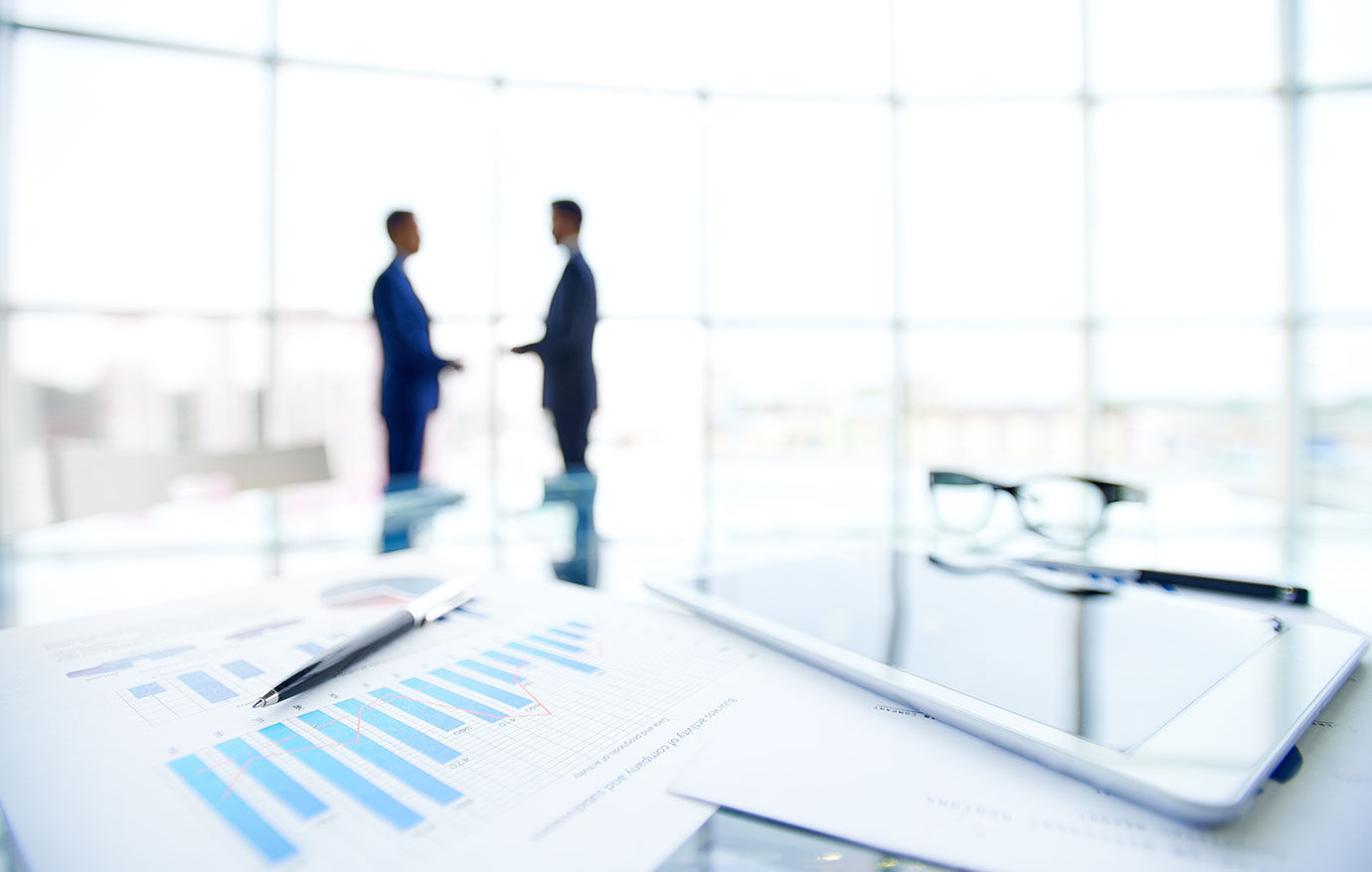 “There never lived at the same time,” wrote Ludwig von Mises, “more than a score of men whose work contributed anything essential to economics.” One of those men was Carl Menger (1840–1921), Professor of Political Economy at the University of Vienna and founder of the Austrian school of economics.

Menger’s pathbreaking Grundsätze der Volkswirtschaftslehre [Principles of Economics], published in 1871, not only introduced the concept of marginal analysis, it presented a radically new approach to economic analysis, one that still forms the core of the Austrian theory of value and price.

Unlike his contemporaries William Stanley Jevons and Léon Walras, who independently developed concepts of marginal utility during the 1870s, Menger favored an approach that was deductive, teleological, and, in a fundamental sense, humanistic. While Menger shared his contemporaries’ preference for abstract reasoning, he was primarily interested in explaining the real-world actions of real people, not in creating artificial, stylized representations of reality.

Economics, for Menger, is the study of purposeful human choice, the relationship between means and ends. “All things are subject to the law of cause and effect,” he begins his treatise. “This great principle knows no exception.”

Jevons and Walras rejected cause and effect in favor of simultaneous determination, the idea that complex systems can be modeled as systems of simultaneous equations in which no variable can be said to “cause” another. This has become the standard approach in contemporary economics, accepted by nearly all economists but the followers of Carl Menger.

Menger sought to explain prices as the outcome of the purposeful, voluntary interactions of buyers and sellers, each guided by their own, subjective evaluations of the usefulness of various goods and services in satisfying their objectives (what we now call marginal utility, a term later coined by Friedrich von Wieser). Trade is thus the result of people’s deliberate attempts to improve their well-being, not an innate “propensity to truck, barter, and exchange,” as suggested by Adam Smith.

The exact quantities of goods exchanged—their prices, in other words—are determined by the values individuals attach to marginal units of these goods. With a single buyer and seller, goods are exchanged as long as participants can agree on an exchange ratio that leaves each better off than he was before.

In a market with many buyers and sellers, the price reflects the valuations of the buyer least willing to buy and the seller least willing to sell, what Böhm-Bawerk would call the “marginal pairs.” With each voluntary exchange, then, the gains from trade are momentarily exhausted, regardless of the exact structure of the market. Menger’s highly general explanation of price formation continues to form the core of Austrian microeconomics.

Menger’s analysis has been labeled “causal-realistic,” partly to emphasize the distinction between Menger’s approach and that of the neoclassical economists. Besides its focus on causal relations, Menger’s analysis is realistic in the sense that he sought not to develop formal models of hypothetical economic relationships, but to explain the actual prices paid every day in real markets. The classical economists had explained that prices are the result of supply and demand, but they lacked a satisfactory theory of valuation to explain buyers’ willingness to pay for goods and services.

Rejecting value subjectivism, the classical economists tended to treat demand as relatively unimportant and concentrated on hypothetical “long-run” conditions, in which “objective” characteristics of goods—most importantly, their costs of production—would determine their prices. The classical economists also tended to group factors of production into broad categories—land, labor, and capital—leaving them unable to explain the prices of discrete, heterogeneous units of these factors. Menger realized that the actual prices paid for goods and services reflect not some objective, “intrinsic” characteristics, but rather the uses to which discrete units of goods and services can be put as perceived, subjectively, by individual buyers and sellers.

The Principles was written as an introductory volume in a proposed multi-volume work. Unfortunately, those later volumes were never written. Menger did not explicitly develop the concept of opportunity cost, he did not extend his analysis to explain the prices of the factors of production, and he did not develop a theory of monetary calculation. Those advances would come later from his students and disciples Eugen von Böhm-Bawerk, Friedrich von Wieser, J.B. Clark, Philip Wicksteed, Frank A. Fetter, Herbert J. Davenport, Ludwig von Mises, and F.A. Hayek. Many of the most important ideas are implicit in Menger’s analysis, however.

For example, his distinction among goods of lower and higher “orders,” referring to their place in the temporal sequence of production, forms the heart of Austrian capital theory, one of its most distinctive and important elements. Indeed, Menger emphasizes the passage of time throughout his analysis, an emphasis that has not yet made its way into mainstream economic theorizing.

While most contemporary economics treatises are turgid and dull, Menger’s book is remarkably easy to read, even today. His prose is lucid, his analysis is logical and systematic, his examples clear and informative. The Principles remains an excellent introduction to economic reasoning and, for the specialist, the classic statement of the core principles of the Austrian school.

As Hayek writes in his Introduction, the significance of the Austrian school is “entirely due to the foundations laid by this one man.” However, while Menger is universally recognized as the Austrian school’s founder, his causal-realistic approach to price formation is not always appreciated, even within contemporary Austrian economics.

Karen Vaughn, for example, characterizes Menger’s price theory as essentially neoclassical, arguing that his distinctive Austrian contribution is “his many references to problems of knowledge and ignorance, his discussions of the emergence and function of institutions, the importance of articulating processes of adjustment, and his many references to the progress of mankind.”

These issues, which attracted considerable attention during the “Austrian revival” of the 1970s, appear in Menger’s 1883 book Untersuchungen über die Methode der Socialwissenschaften und der politischen Oekonomie insbesondere [Investigations into the Method of the Social Sciences with Special Reference to Economics].

They are largely absent from the Principles, however. The book that founded the Austrian school focuses on the essence of value, exchange, and price, not disequilibrium or tacit knowledge or radical subjectivism.

Another remarkable feature of Menger’s contribution is that it appeared in German, while the then-dominant approach in the German-speaking world was that of the “younger” German historical school, which eschewed theoretical analysis altogether in favor of inductive, ideologically driven, historical case studies. The most accomplished theoretical economists, the British classicals such as J.S. Mill, were largely unknown to German-speaking writers.

As Hayek notes, “In England the progress of economic theory only stagnated. In Germany a second generation of historical economists grew up who had not only never become really acquainted with the one well-developed system of theory that existed, but had also learnt to regard theoretical speculations of any sort as useless if not positively harmful.” Menger’s approach—haughtily dismissed by the leader of the German historical school, Gustav Schmoller, as merely “Austrian,” the origin of that label—led to a renaissance of theoretical economics in Europe and, later, in the US.

In short, the core concepts of contemporary Austrian economics—human action, means and ends, subjective value, marginal analysis, methodological individualism, the time structure of production, and so on—along with the Austrian theory of value and price, which forms the heart of Austrian analysis, all flow from Menger’s pathbreaking work. As Joseph Salerno has written, “Austrian economics always was and will forever remain Mengerian economics.”

This essay originally appeared in the Free Market, February 2007.