Relating a quip by Soviet economist Nikolai Fedorenko, Yuri Maltsev illustrated the problem with socialism in his foreword to Ludwig von Mises’s Economic Calculation in the Socialist Commonwealth. Fedorenko said, at the time, in Maltsev’s words, “[A] fully balanced, checked, and detailed economic plan for the next year would be ready, with the help of computers, in 30,000 years.”

Victor Shvets believes computing power has caught up and “technology could soon create an environment where state planning might be able to deliver acceptable economic results while simultaneously suppressing societal and individual freedoms.” Mr. Shvets has worked all over the world as an investment banker and has now put down his dystopian ideas of the future in the book The Great Rupture: Three Empires, Four Turning Points, and the Future of Humanity.

Shvets admits history tells us freedom equals productivity, prosperity, and happiness, while Soviet-style planning creates criminality, corruption, and starvation. His use of Soviet “good intentions” makes a reader wonder as to his naïveté.

The author believes that by 2030 artificial intelligence (AI) “will replace most research functions and go beyond that by anticipating changes and making discoveries.” AI will be able to make all those naughty decisions entrepreneurs struggle to make. Capital will be deployed with perfection. Consumer needs and wants will be anticipated effortlessly. Shvets writes, “modern AI is able to manipulate an unheard of amount of information, and hence, arguably it might steer investments in a more productive way than has ever been possible by Adam Smith’s invisible hand.”

Shvets believes Nikolai Bukharin’s scientific planning and state control “might not have been wrong at all but were just a century ahead of their time. Today, the computational power might allow for such planning to occur without creating the stagnation and inefficiency of the Soviet system.” He goes on to say F.A. Hayek’s ideas may end up on the scrap heap of history and free market capitalism will be viewed the same as the “burning of witches.”

All of this after most of his book was spent chronicling how freedom is the reason the West has prospered and the Ottoman Empire, China, and Russia have been mired in poverty. However, now, Americans are sitting around watching TV and playing on their computers instead of reading. Shvets says the collision of financialization and technology has led to civil disintegration, “all the ingredients of Roman ‘bread and circuses.’ Escapism, stagnating incomes, and rising inequalities characterize most Western societies, with the public sector stepping in to distribute ‘Free bread.’”

Younger people are more in favor than their parents of government solving problems. Baby boomer parents have created kids who are dependent, used to winning “prizes for losers.” Shvets believes this era is more toxic than smoking, with loneliness, increased suicides, declining literacy, digital addictions, and impaired analytical capacity.

The new world, according to Shvets, will be fair, equitable, and beneficial to society, rather than freedom and individualism.

His soothsaying is based on a quarter of millennials believing democracy is bad for society and less than a third believing it essential. Fewer than half of European millennials support democracy despite direct experience with fascism and communism.

Shvets sees a world where AI takes over and only 5 percent of people will work and the remaining 95 percent won’t have to, presumably supported by taxes paid by the 5 percent. “Karl Marx’s idea of ‘communism’ will be our common future,” Shvets writes. Society will achieve such a high level of productivity “it will liberate humans from the need to toil in order to survive, and by that stage it is likely that alternative avenues of personal satisfaction will also emerge.”

Mises wouldn’t buy any of this.

“No single man [or machine] can ever master all the possibilities of production, innumerable as they are, as to be in a position to make straightway evident judgments of value without the aid of some system of computation,” Mises wrote. He continues:

The distribution among a number of individuals of administrative control over economic goods in a community of men who take part in the labor of producing them, and who are economically interested in them, entails a kind of intellectual division of labor, which would not be possible without some system of calculating production and without economy. (emphasis added)

There can be no such thing as a leisurely form of communism.

“This, then, is freedom in the external life of man—that he is independent of the arbitrary power of his fellows,” explained Mises. “Such freedom is no natural right. It did not exist under primitive conditions. It arose in the process of social development and its final completion is the work of mature Capitalism.”

Mr. Shvets, there is a mature capitalism. And, it’s not communism, Marxian or otherwise. 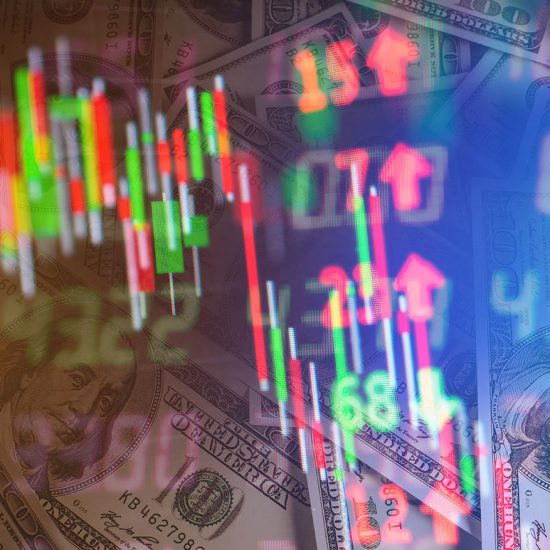 Why Police Do Nothing While Kids Are Killed

Unlike a private-sector service, police do not

The United States economy may have delivered

In the Wake of Roe Let’s Learn to Tolerate Different Laws in Dif...

Most commentary on the Supreme Court's decision

How to Avoid Depressions? Foster Saving and Investment

Why Police Do Nothing Whil...