HomeInvestingWhat Democrats And Republicans Get Wrong About Inflation

What Democrats And Republicans Get Wrong About Inflation 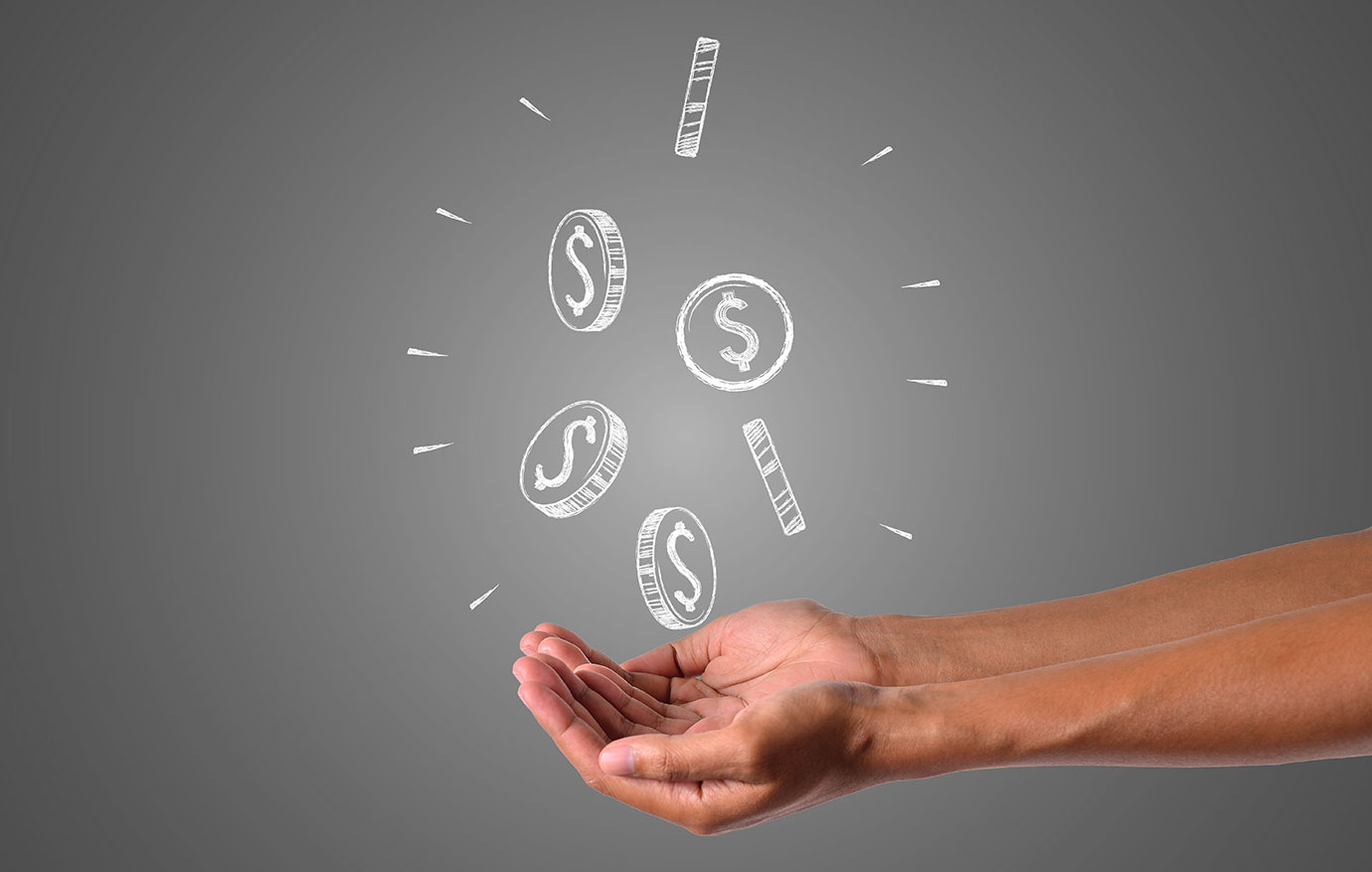 Americans are pessimistic about one of the weirdest economies in recent memory, and their negativity is largely due to inflation. The Bureau of Labor Statistics announced today that prices increased 7.5 percent year-over-year in January 2022, the highest figure since 1982, and as such, more expensive milk, furniture and cars — and the fear that their prices will continue to skyrocket — are likely to remain top of mind for Americans.

This, of course, has led to a lot of finger-pointing as to who — or what — is to blame for the price increases we’re seeing. Democrats have blamed supply chain deficiencies due to COVID-19, as well as large corporations and monopolies. Republicans, meanwhile, have attacked President Biden’s legislative agenda, claiming that his signature pieces of legislation — most notably the American Rescue Plan featuring $1,400 stimulus checks paid directly to many Americans — are to blame. And to be sure, whether fair or not, most Americans do blame Biden.

But what is responsible for inflation in the U.S.? Is it all about the pandemic supply chain, as many Democrats claim, or corporate greed? Or does it have more to do with Biden’s policies, as Republicans have posited?

Inflation isn’t just a supply-chain issue, and the stimulus likely made it worse

The thinking goes as follows: Americans stopped using their gym, nail salons and other services as their spending patterns rapidly changed in 2020, and the global supply chain — which already had issues —  was not equipped to deal with the surge in demand for consumer durables (e.g., home workout equipment, office furniture) after the initial global economic shutdown. Combine that rapid demand increase with a shortage in supply, and you get higher prices.

But at the same time, this Democratic talking point has its limits, as it’s become clear to many economists that American inflation isn’t just a supply chain issue: Our economic response — namely, the trillions of dollars of COVID-19 stimulus paid out over the last 24 months — appears to be a meaningful differentiator.

A good way to tease this out is to look at Europe, which has faced similar supply chain issues and an even worse oil shock, as it is more dependent on foreign oil than the U.S. And yet, European countries have experienced lower inflation, perhaps due in part to their smaller government response.

“Global supply chain problems affect every country in the world, but the United States has had more inflation than other countries,” said Jason Furman, a professor of economics at Harvard University and chair of the Council of Economic Advisers under former President Barack Obama. “If you look compared to Europe, in the United States goods consumption is higher, and services consumption is higher than what it is [in Europe].”

One reason for that higher consumption is government spending. In 2020, a divided Congress under former President Donald Trump passed two separate pieces of legislation — first the $2 trillion CARES Act in March, which doled out $1,200 checks to most single adults and even more to families, then a $900 billion package in December that, among other aid, issued $600 targeted checks. But then in March 2021, Democrats passed another round of government stimulus in a $1.9 trillion relief package — including $1,400 direct payments to individual Americans — which some experts warned at the time might cause inflation.

And it does appear that this most recent round of government spending is at least partially responsible for our current levels of inflation. An October 2021 paper found, for example, that the American Rescue Plan likely made inflation slightly worse, causing significant (but small and fleeting) upward pressure on prices, and many experts have stood by their 2021 assertions that the extra stimulus would lead to inflation. Of course, Biden’s additional stimulus was arguably necessary for Americans to participate in the economy at the time, and polling found widespread support among Americans for more relief. But it has also led many Republicans to claim that Biden’s policies are responsible for the historic price increases we’re seeing.

Furman stressed to me that inflation likely would have been high even without a COVID-19 relief bill, however, because of a reopening economy and base effect distortions. Moreover, rising gas prices — one of the most tangible ways in which Americans process inflation — likely have nothing to do with the American Rescue Plan and much more to do with the dynamics of global oil. There is at least some evidence, though, that government spending has caused inflation, beyond the explanation that it’s merely been a supply chain issue.

But not all government spending leads to inflation

“The big difference, I think, from now relative to that is just the enormity of the government spending,” Dupor said. “That could explain why it wasn’t finding big effects, while there could be big effects now.”

Even still, not all government spending the Biden administration has greenlit has likely contributed to inflation. For example, the bipartisan infrastructure bill that Biden signed into law in November is unlikely to have contributed to inflation for a number of reasons. First of all, very little of it has been paid for at this point. Second, it’s targeted at ramping up the productive capacity of the economy — i.e., investing in new technologies and creating jobs — which means it might even tamp down inflation. That’s different from the American Rescue Plan, whose $1,400 stimulus checks don’t build up the economy in the same way, according to the economists I spoke with.

Americans, however, aren’t necessarily making this kind of distinction when it comes to government spending. According to a January Politico-Harvard survey, 43 percent of Americans think that the bipartisan infrastructure bill will increase inflation, while just 10 percent think it will decrease inflation (although 35 percent did say they think inflation will remain unchanged).

Thomas Philippon, a professor of finance at New York University’s Stern School of Business, said that his biggest concern with the recent inflation brought about by the stimulus is that it muddies the waters of government spending in the eyes of voters. That, in turn, Philippon said, expends political capital that can’t be used to tackle other key issues, like infrastructure spending or child poverty.

“People then lump together all kinds of government spending, the good and the bad,” Philippon said.

Big corporations aren’t the biggest cause, but …

Finally, some Democrats have singled out big companies and monopolies for their perceived role in driving up prices. Figures across the party’s ideological gamut -— from Sens. Bernie Sanders and Elizabeth Warren to Biden — have posited that big businesses, by jacking up their prices in the middle of a pandemic, are to blame for inflation, and that a lack of competition has allowed corporate behemoths to raise their prices unabated.

At first glance, this explanation appears less plausible than other messaging on inflation. Profit-seeking companies didn’t suddenly become more profit-seeking during the pandemic, nor were they more generous before it. Additionally, corporate concentration has grown steadily since the 1990s — an era of historically low inflation. A January survey of economists at the Initiative on Global Markets at the University of Chicago Booth School of Business found most experts in agreement on both questions: Inflation wasn’t explained by big firms deciding to get richer, and antitrust interventions — such as those tossed about by the Biden administration — weren’t likely to curb inflation.

However, there is an element of the prices we’re seeing today — and how Americans are responding to them — that could be explained by big business run amok. Philippon, whose book “The Great Reversal” focuses on how a lack of competition and corporate concentration have defined the modern American economy, told me that one reason why inflation is such a big deal in the U.S. is that prices were already so high to begin with.

“That’s not a statement about rapid inflation, it’s a statement about slowly rising profit margins that slowly choke off the middle class,” Philippon said. “One reason it’s particularly painful in the U.S. is that prices were already high, people’s purchasing power, the real value of their wages was already being eroded by market power before. Then when you add to that a burst of inflation, it’s even more painful.”

That may explain why recent polling has found that Americans are sympathetic to arguments that attribute inflation to corporate greed, and why Biden is singing a fairly populist tune on inflation. But as with all aspects of messaging on the issue, whether Democrats or Republicans are more right on the facts of inflation has very little to do with its potential electoral impact. Prices have to stabilize for Americans to feel good about the economy — and for Democrats to feel good about their chances in 2022.

Biden Is Very Unpopular. It May Not Tell Us Much About The Midterms.

2022 Election Biden Is Very Unpopular. It May

San Jose's Gun Tax Has Nothing to Do with Reducing Crime