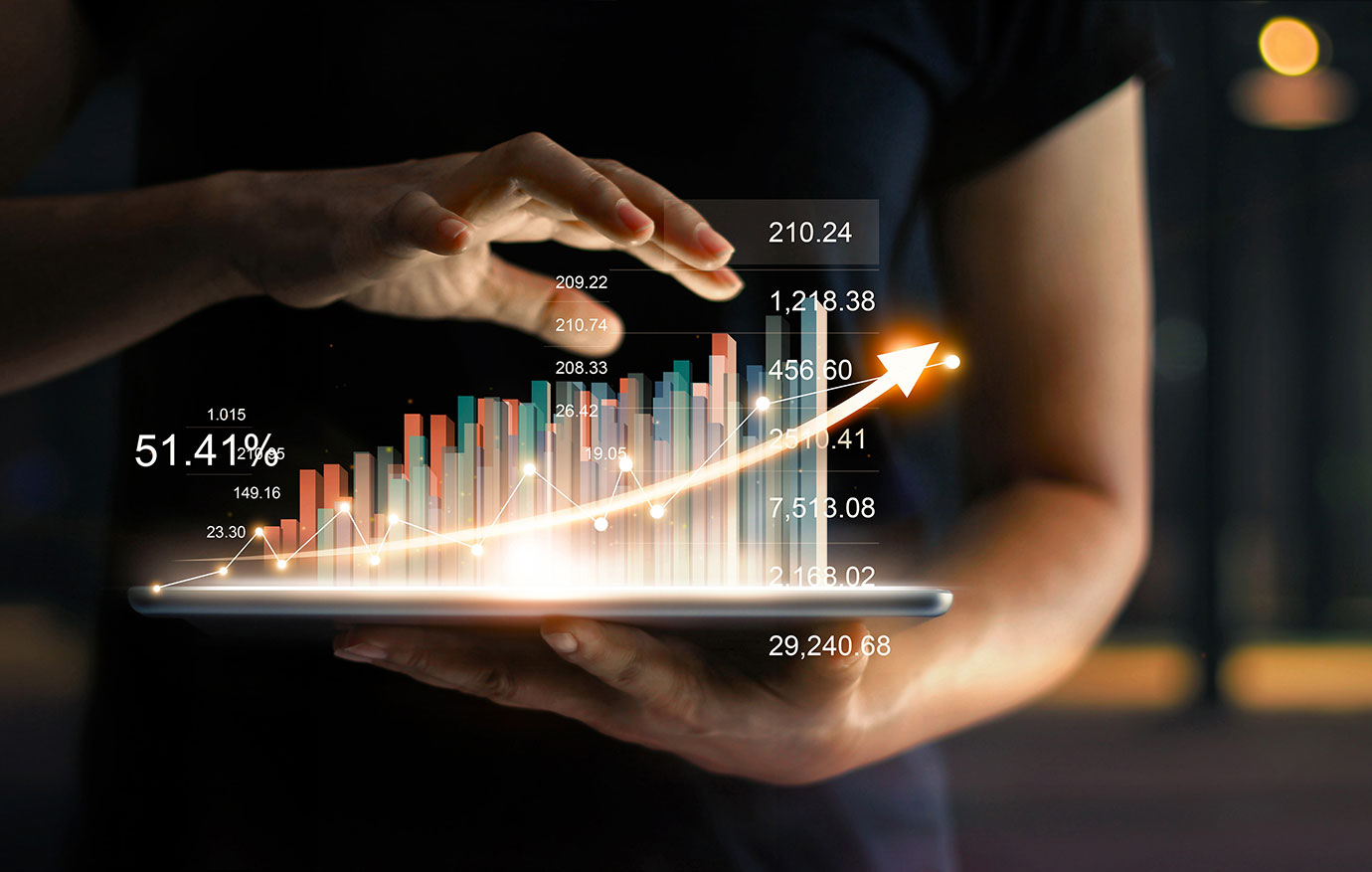 “On the Occasion of the Tenth Anniversary of His Death”

[Translator’s Note: A transcript of the German language original under the title “Der Economist Eugen v. Böhm-Bawerk—Zu seinem 10. Todestage” has been found in one of Bettina Bien Greaves’s books at the Mises Institute. The text was originally published in the Neue Freie Presse (New Free Press), a Viennese newspaper which was founded by Adolf Werthner, Max Friedländer, and Michael Etienne. It existed from 1864 until 1938. Böhm-Bawerk’s last publication “Unsere passive Handelsbilanz” (“Our passive balance of trade”), from which Mises quotes, was also published in this newspaper, and has, to our knowledge, never been translated into English. —Karl-Friedrich Israel]

Eugen v. Böhm-Bawerk will remain unforgotten for all those who have known him. The students, who enjoyed the fortune of attending his seminars, will never lose what the acquaintance with such a strong mind has given them. For the politicians, who have met him as a statesman, the integrity of his ethos and his altruistic commitment to duty will continue to be exemplary. And no citizen of this country shall forget the minister of finance, the last Austrian minister of finance, who, in spite of all obstacles, earnestly aimed at balancing the public budget and preventing the upcoming financial catastrophe. But even when the lives of all those who had known him personally have come to an end, his scientific oeuvre shall live on and bear fruit.

In his scientific work Böhm-Bawerk focused from the outset on the central problem of theoretical economics, the interest problem. At the age of twenty-five, in the spring of 1876, he gave a lecture on the interest on capital in the Knies1 seminar in Heidelberg, which already contained the main features of what would later become his famous agio theory of interest. Before he could however publish his work, there were difficult preliminary questions to answer. It was to these questions that he dedicated his work. Always keeping the ultimate object in mind, he published Rechte und Verhältnisse vom Standpunkte der volkswirtschaftlichen Güterlehre in 1881, Die Geschichte und Kritik der Kapitalzinstheorien in 1884, Grundzüge der Theorie des wirtschaftlichen Güterwertes in 1886, and finally his Positive Theorie des Kapitals in 1889.2 His work was thereby brought to completion. As Senior Legal Secretary and Head of Division in the ministry of finance, as k. u. k.3 Minister of Finance and President of the Senate of the Higher Administrative Court, he had very little leisure in the following years to perform any scientific work. Only after 1904, when he retired from office for the third and last time, could he devote himself again undisturbed to his research. A series of excellent works is the fruit of tireless effort during the last decade that he was allowed to live. He died on August 27, 1914, when the Austrian armies were about to fight the first battles of the Great War in Poland and Eastern Galicia.

Böhm-Bawerk’s scientific work has quickly found the recognition it richly deserves. His magnum opus was translated into English by William Smart as early as 1890; shortly afterwards a French edition followed. In England, the United States, France, Italy, the Netherlands, Sweden, and Denmark, his doctrine became the starting point for further in-depth analyses and studies. Sure enough, in Germany an understanding of Böhm-Bawerk’s achievements was long absent. The prevailing doctrine at the universities ignored him. It took decades before the accomplishments of the “Austrian School” were recognized in the Reich. Today, however, it is considered a grave misfortune that only Böhm-Bawerk’s magnum opus, which is already in its fourth German language edition, is easily accessible. His shorter writings, which are indispensable for any friend of economic enquiry, are rather difficult to access. It is therefore a thankworthy enterprise to republish them in a collected edition. A student of Böhm-Bawerk, well known for several scientific works, has addressed himself to this task.4 The well-endowed volume, which is graced with a felicitous portrait of Böhm, contains the above mentioned work Rechte und Verhältnisse, along with a tract on general theory and methodology, essays on the theory of value, and finally an essay that has been published on January 6, 8, and 9, 1924 in the Neue Freie Presse, entitled “Unsere passive Handelsbilanz.” It starts with a short biographical introduction by the editor, Dr. Franz X. Weiss. The essays on capital and interest, which are not contained in this collection, shall be republished in a separate volume.5

To praise the tremendous value of the theoretical works collected in this volume would be like bringing owls to Athens.6 For the experts and numerous intellectuals who are concerned with economic questions, this would hardly constitute anything new. Let us, however, quote some sentences from the above mentioned essay on the passive balance of trade, merely to emphasize the sharpness with which Böhm has early on pointed to the fundamental problem underlying our state finances. It reads:

[T]hrift is never popular…. If parliaments have historically been the guardians of thrift, they now have turned much rather into its sworn enemies. Nowadays, the political and national parties—maybe not exclusively in our own country, but certainly also here—tend to develop a certain covetousness, almost considered to be dutiful, for all kinds of benefits for their own electorate at the expense of the general public. And when the political situation is relatively convenient, that is to say, if it is relatively inconvenient for the government, one’s ends can be achieved through political pressure.

Our population suffers from economical megalomania. This is among other things shown by the “investments from the public purse.” One is often mistaken when using the famous slogan of “indirect productivity” of public spending, even if at times the indirect advantages of public enterprises, which are unprofitable by themselves, may exceed the amount that has to be paid from public funds for their passive operations. The “blind eulogists of frivolous investment policies” will feel the mistakes of their approach

…only when, like these days, the capital stock has been exhausted by the public sector over many years to a degree that capital is lacking for the most important and vital private businesses in all spheres, only when many enterprises begin to stumble, many projects have to remain undone, and all suffer severely from the increased rate of interest.

These were the last words that Böhm-Bawerk addressed to Austria’s financial authorities. Today they will be valued more highly than at the time when they were first published in this newspaper.

1. Translator’s note: Karl Knies (1821–1898), an adherent of the German Historical School, was professor of political economy (Staatswissenschaften) at the University of Heidelberg for more than thirty years.
2. Translator’s note: The four books have been translated into English as Whether Legal Rights and Relationships are Economic Goods; History and Critique of Interest Theories; Basic Principles of Economic Value; and Positive Theory of Capital respectively.
3. Translator’s note: Meaning kaiserlich und königlich (Imperial and Royal) and referring to the empire of Austria and the kingdom of Hungary.
4. Gesammelte Schriften von Eugen von Böhm-Bawerk, edited by Franz X. Weiss and published by Hölder-Pichler-Tempsky A.G., Vienna and Leipzig, 1924. [footnote in the original]
5. Translator’s note: In fact, his works on capital and interest, including his two larger treatises, have been republished in the well known three volume edition. The third volume contains Further Essays on Capital and Interest.
6. Translator’s note: This is an ancient Greek proverb. The owl was the symbol of the city of Athens. Owls adorned the roof of the old Pantheon as well as the self-minted Athenian silver coins. Hence, “bringing owls to Athens” means doing something unnecessary or superfluous.

Bans on “Assault” Weapons Do Not Reduce Crime

Biden wants to roll out yet another

By now it should be perfectly clear

Relying on Experts: A Proven Path to Failure

With Inflation at a 40-Year High, the Fed Is Too Afraid To Act

Relying on Experts: A Prov...