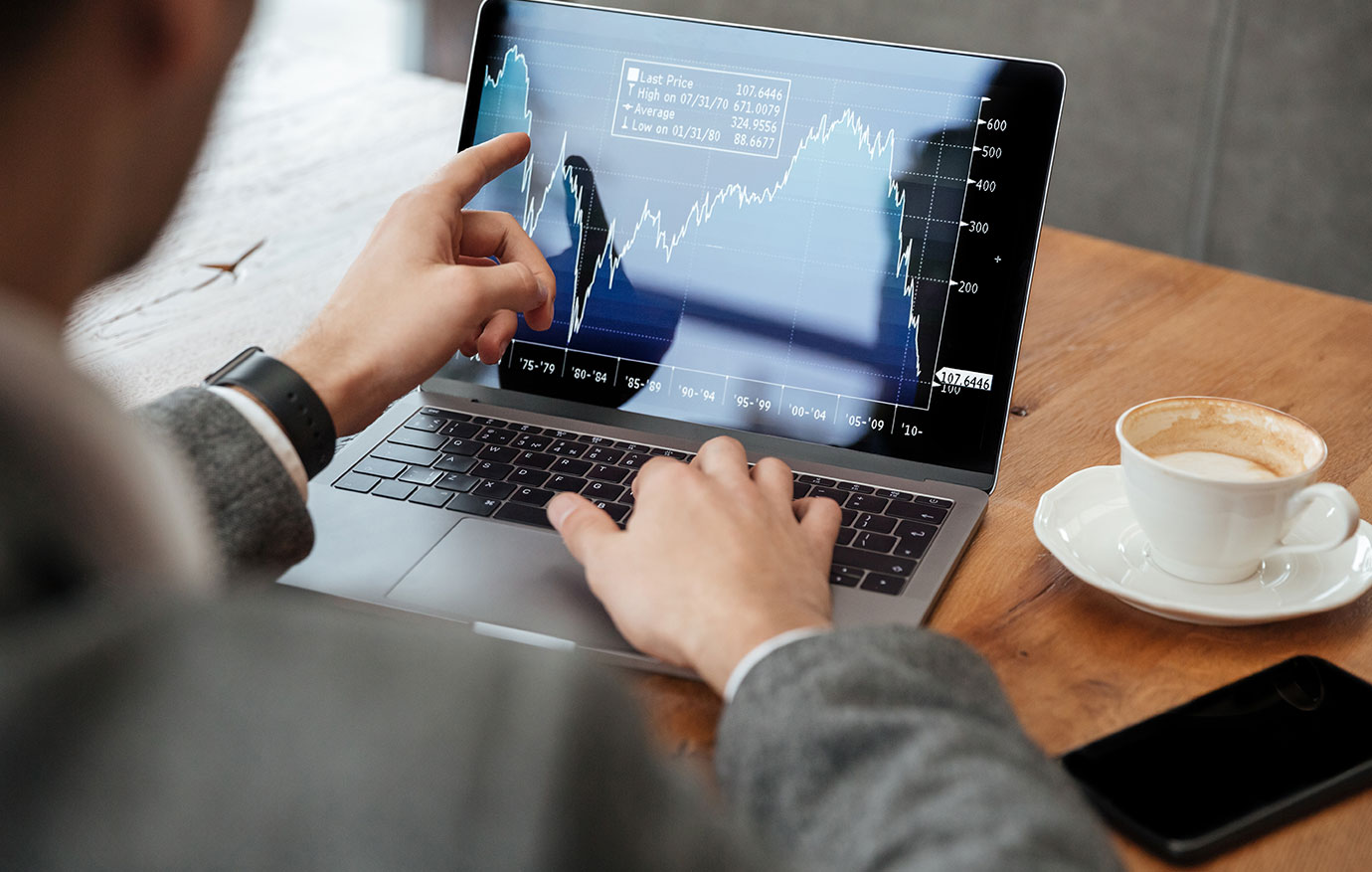 [This important essay was published in the Libertarian Forum (1969–1984), the entire archives of which are now online at the Mises Institute. It appeared in the January 1971 issue, before Nixon’s price and wage controls and many other interventions over the course of his presidency. Rothbard predicted the future state of the Nixonian economy in every respect. The essay is important for another reason: he correctly sees that Republican socialism is of a special sort that benefits the GOP constituency, enjoys the tacit approval of conservative organs of opinion, and yet is no less socialistic than that wrought by Democrats in power and probably even more so.]

It is traditional at the turn of the year to survey the state of the economy and to try to forecast what lies ahead. Despite the Pollyanna chorus with which we have been deluged for the last year by “conservative” and “free-market” economist-whores for the Nixon Administration, we can state flatly that the state of the economy is rotten, and destined to get worse.

In the 1960 campaign there first appeared the curious phenomenon of “anarcho-Nixonites”, several friends of mine who had become aides to Dick Nixon, and who assured me that Tricky Dick had assured them that he was “really anarchist at heart”; once campaign pressures were over, and Nixon as President was allowed his head, we would see an onrush toward the free market and the libertarian society.

In the 1968 campaign, anarcho-Nixonism redoubled in intensity, and we were assured that Nixon was surrounded by assorted Randians, libertarians, and free-market folk straining at the leash to put their principles into action.

Well, we have had two years of Nixonism, and what we are undergoing is a super–Great Society—in fact, what we are seeing is the greatest single thrust toward socialism since the days of Franklin Roosevelt. It is not Marxian socialism, to be sure, but neither was FDR’s; it is, as J.K. Galbraith wittily pointed out in New York (Sept. 21) a big-business socialism, or state corporatism, but that is cold comfort indeed.

There are only two major differences in content between Nixon and Kennedy-Johnson (setting aside purely stylistic differences between uptight WASP, earthy Texan, and glittering upper-class Bostonian): (1) that the march into socialism is faster because the teeth of conservative Republican opposition have been drawn; and (2) that the erstwhile “free-market” conservatives, basking in the seats of Power, have betrayed whatever principles they may have had for the service of the State.

Thus, we have Paul McCracken and Arthur F. Burns, dedicated opponents of wage-price “guideline” dictation and wage-price controls when out of power, now moving rapidly in the very direction they had previously deplored.

And National Review, acidulous opponent of the march toward statism under the Democrats, happily goes along with an even more rapid forced march under their friends the Republicans.

Let us list some of the more prominent features of the Nixonite drive—features which have met no opposition whatever in the conservative press. There took place during 1970 the nationalization of all railroad passenger service in this country. Where was the conservative outcry? It was a nationalization, of course, that the railroads welcomed, for it meant saddling upon the taxpayer responsibility for a losing enterprise—thus reminding us of one perceptive definition of the economy of fascism: an economy in which big business reaps the profits while the taxpayer underwrites the losses.

There took place also the Nixonite fight for the SST [Supersonic Transport] boondoggle, in which $300 million are going to follow a previous $700 million of taxpayers’ money down the rat hole of gigantic subsidy to an uneconomic mess. Bill and Jim Buckley can find only ecological pollution as an argument against the SST—an outright looting raid upon the taxpayer without even a flimsy cover of “national security” as a pretext.

The only argument seems to be that if we do not subsidize the SST, our airlines will have to purchase the plane from—horrors!—France; on this sort of argument, of course, we might as well prohibit imports altogether, and go over to an attempted self-efficiency within our borders. How many SST’s might be purchased on an unsubsidized market is, of course, problematic; since the airlines are losing money as it is, it is doubtful how much revenue they will obtain from an airfare estimated at 40% higher than current first-class rates.

And then there is the outright $700 million gift from the U.S. government to Lockheed, to keep that flagrantly submarginal and uneconomic company in business indefinitely.

And then there is agitation for the friendly nationalization of Penn Central Railroad. Senator Javits is already muttering about legislation for the federal bailing out of all businesses suffering losses, which is the logical conclusion of the current trend.

Neither has any note been taken of the Nixon Administration’s plan for tidying up the construction industry. Many people have scoffed at the revisionist view (held by such New Left historians as Ronald Radosh) that the pro-union legislation of the twentieth century has been put in at the behest of big business itself, which seeks a large, unified, if tamed labor union junior partnership in corporate state rule over the nation’s economy. And yet the Railway Labor Act of 1926, which in effect compulsorily unionized the railroad industry in exchange for compulsory arbitration and a no-strike policy, was put in at the behest of the rail industry, anticipating the later labor policy of the New Deal.

And now the construction industry has gotten the Nixon Administration behind a similar plan; all the members of the present small but pesky and powerful construction unions are to be dragooned into one big, area-wide industrial union, and then to be subject to massive compulsory arbitration. The fascization of America proceeds apace.

To top it off, the Administration is readying two socialistic “welfare” measures of great importance: one further socializes medicine through nationwide major medical “insurance” to be paid by the long-suffering poor and lower-middle class Social Security taxpayer. And surely it is only a matter of time until the disastrous Friedman-Theobald-Nixon scheme of a guaranteed annual income for everyone is forced through Congress, a scheme that would give everyone an automatic and facile claim upon production, and thereby disastrously cripple the incentives to work of the mass of the population.

In the area of the business cycle, it should be evident to everyone by this time, the Administration, trying subtly and carefully to “fine-tune” us out of inflation without causing a recession, has done just the opposite; bringing us a sharp nationwide recession without having any appreciable impact upon the price inflation. A continuing inflationary recession—combining the worst of both worlds of depression and inflation—is the great contribution of Nixon-Burns-Friedman to the American scene.

Instead, after only a few months of refraining from monetary inflation, the Administration has been increasingly opening the monetary floodgates in a highly problematic attempt to cure the recession—while at the same time failing to recognize that one sure result will be to redouble the chronic rise in prices.

But now the Administration has swung around to the Liberal thesis of monetary and fiscal expansion to cure the recession, while yelling and griping at labor and employers not to raise wages and prices—a “guidelines” or “incomes” policy that is only one step away from wage and price controls. This direct intervention is supposed to slow down the wage-price spiral. In actual fact, the direct intervention cannot slow down price increases, which are caused by monetary factors; it can only create dislocation and shortages.

Pumping in more money while imposing direct price control and hoping thereby to stem inflation is very much like trying to cure a fever by holding down the mercury column in the thermometer. Not only is it impossible for direct controls to work; their imposition adds the final link in the forging of a totalitarian economy, of an American fascism. What is it but totalitarian to outlaw any sort of voluntary exchange, any voluntary sale of a product, or hiring of a laborer.

Anatomy of a Crisis

But once again Richard Nixon is responsive to his credo of big business liberalism, for direct controls satisfy the ideological creed of liberal while at the same time they are urged by big business in order to try to hold down the pressure of wages on selling prices which always appears in the late stages of a boom.

While we can firmly predict accelerating inflation, and dislocations stemming from direct controls, we cannot so readily predict whether the Nixonite expansionism will lead to a prompt business recovery. That is problematic; surely, in any case we cannot expect any sort of rampant boom in the stock market, which will inevitably be held back by interest rates which, despite the Administration propaganda, must remain high so long as inflation continues. All in all, how much more of Nixonite “anarchism” can freedom stand?

Governments "Sanction" Their Own Citizens Every Day. The Russia Sanctions Are Just a Natural Evolution.