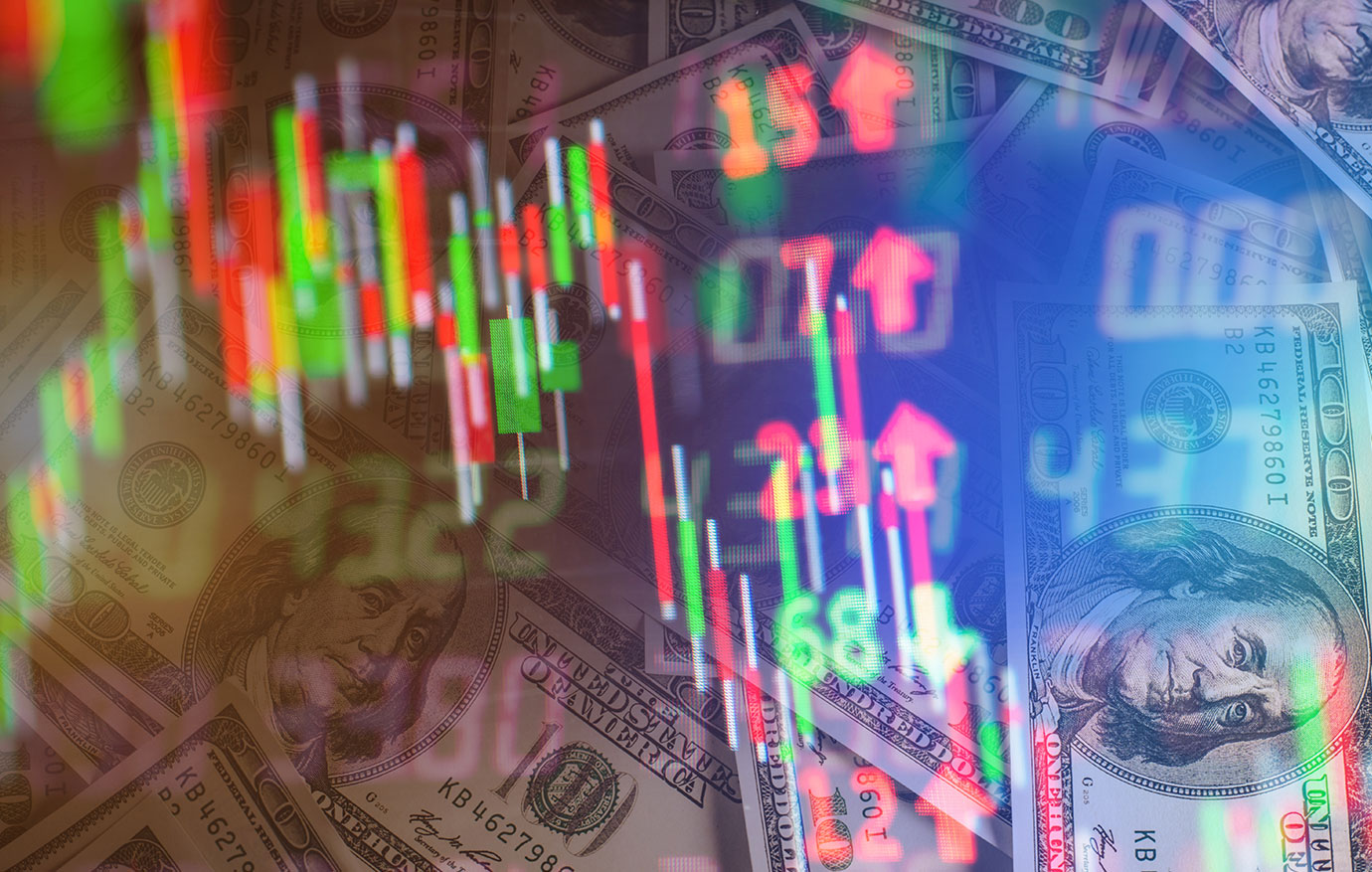 There is an impulse inwrought in all living beings that directs them toward the assimilation of matter that preserves, renews, and strengthens their vital energy. The eminence of acting man is manifested in the fact that he consciously and purposefully aims at maintaining and enhancing his vitality.

In the pursuit of this aim his ingenuity leads him to the construction of tools that first aid him in the appropriation of food, then, at a later stage, induce him to design methods of increasing the quantity of foodstuffs available, and finally, enable him to provide for the satisfaction of the most urgently felt among those desires that are specifically human.

As Böhm-Bawerk described it: Man chooses roundabout methods of production that require more time but compensate for this delay by generating more and better products.

At the outset of every step forward on the road to a more plentiful existence is saving—the provisionment of products that makes it possible to prolong the average period of time elapsing between the beginning of the production process and its turning out of a product ready for use and consumption. The products accumulated for this purpose are either intermediary stages in the technological process, i.e., tools and half-finished products, or goods ready for consumption that make it possible for man to substitute, without suffering want during the waiting period, a more time-absorbing process for another absorbing a shorter time.

The notions of capital and income as applied in accountancy and in the mundane reflections of which accountancy is merely a refinement, contrast the means and the ends. The calculating mind of the actor draws a boundary line between the consumer’s goods which he plans to employ for the immediate satisfaction of his wants and the goods of all orders—including those of the first order3—which he plans to employ for providing by further acting, for the satisfaction of future wants. The differentiation of means and ends thus becomes a differentiation of acquisition and consumption, of business and household, of trading funds and of household goods.

The whole complex of goods destined for acquisition is evaluated in money terms, and this sum—the capital—is the starting point of economic calculation. The immediate end of acquisitive action is to increase or, at least, to preserve the capital. That amount which can be consumed within a definite period without lowering the capital is called income. If consumption exceeds the income available, the difference is called capital consumption. If the income available is greater than the amount consumed, the difference is called saving. Among the main tasks of economic calculation are those of establishing the magnitudes of income, saving, and capital consumption.

The reflection which led acting man to the notions implied in the concepts of capital and income are latent in every premeditation and planning of action. Even the most primitive husbandmen are dimly aware of the consequences of acts which to a modern accountant would appear as capital consumption. The hunter’s reluctance to kill a pregnant hind and the uneasiness felt even by the most ruthless warriors in cutting fruit trees were manifestations of a mentality which was influenced by such considerations.

These considerations were present in the age-old legal institution of usufruct and in analogous customs and practices. But only people who are in a position to resort to monetary calculation can evolve to full clarity the distinction between an economic substance and the advantages derived from it, and can apply it neatly to all classes, kinds, and orders of goods and services. They alone can establish such distinctions with regard to the perpetually changing conditions of highly developed processing industries and the complicated structure of the social cooperation of hundreds of thousands of specialized jobs and performances.

Looking backward from the cognition provided by modern accountancy to the conditions of the savage ancestors of the human race, we may say metaphorically that they too used “capital.” A contemporary accountant could apply all the methods of his profession to their primitive tools of hunting and fishing, to their cattle breeding and their tilling of the soil, if he knew what prices to assign to the various items concerned.

Some economists concluded therefrom that “capital” is a category of all human production, that it is present in every thinkable system of the conduct of production processes—i.e., no less in Robinson Crusoe’s involuntary hermitage than in a socialist society—and that it does not depend upon the practice of monetary calculation.4

This is, however, a confusion. The concept of capital cannot be separated from the context of monetary calculation and from the social structure of a market economy in which alone monetary calculation is possible. It is a concept which makes no sense outside the conditions of a market economy. It plays a role exclusively in the plans and records of individuals acting on their own account in such a system of private ownership of the means of production, and it developed with the spread of economic calculation in monetary terms.5

Modern accountancy is the fruit of a long historical evolution. Today there is, among businessmen and accountants, unanimity with regard to the meaning of capital. Capital is the sum of the money equivalent of all assets minus the sum of the money equivalent of all liabilities as dedicated at a definite date to the conduct of the operations of a definite business unit. It does not matter in what these assets may consist, whether they are pieces of land, buildings, equipment, tools, goods of any kind and order, claims, receivables, cash, or whatever.

It is a historical fact that in the early days of accountancy the tradesmen, the pacemakers on the way toward monetary calculation, did not for the most part include the money equivalent of their buildings and land in the notion of capital. It is another historical fact that agriculturists were slow in applying the capital concept to their land.

Even today in the most advanced countries only a part of the farmers are familiar with the practice of sound accountancy. Many farmers acquiesce in a system of bookkeeping that neglects to pay heed to the land and its contribution to production. Their book entries do not include the money equivalent of the land and are consequently indifferent to changes in this equivalent.

Such accounts are defective because they fail to convey that information which is the sole aim sought by capital accounting. They do not indicate whether or not the operation of the farm has brought about a deterioration in the land’s capacity to contribute to production, that is, in its objective use value. If an erosion of the soil has taken place, their books ignore it, and thus the calculated income (net yield) is greater than a more complete method of bookkeeping would have shown.

It is necessary to mention these historical facts because they influenced the endeavors of the economists to construct the notion of real capital.

The economists were and are still today confronted with the superstitious belief that the scarcity of factors of production could be brushed away, either entirely or at least to some extent, by increasing the amount of money in circulation and by credit expansion. In order to deal adequately with this fundamental problem of economic policy they considered it necessary to construct a notion of real capital and to oppose it to the notion of capital as applied by the businessman whose calculation refers to the whole complex of his acquisitive activities. At the time the economists embarked upon these endeavors the place of the money equivalent of land in the concept of capital was still questioned. Thus the economists thought it reasonable to disregard land in constructing their notion of real capital. They defined real capital as the totality of the produced factors of production available. Hairsplitting discussions were started as to whether inventories of consumers’ goods held by business units are or are not real capital. But there was almost unanimity that cash is not real capital.

The worst outgrowth of the use of the mythical notion of real capital was that economists began to speculate about a spurious problem called the productivity of (real) capital. A factor of production is by definition a thing that is able to contribute to the success of a process of production. Its market price reflects entirely the value that people attach to this contribution.

No less detrimental was a second confusion derived from the real capital concept. People began to meditate upon a concept of social capital as different from private capital. Starting from the imaginary construction of a socialist economy, they were intent upon defining a capital concept suitable to the economic activities of the general manager of such a system. They were right in assuming that this manager would be eager to know whether his conduct of affairs was successful (viz., from the point of view of his own valuations and the ends aimed at in accordance with these valuations) and how much he could expend for his wards’ consumption without diminishing the available stock of factors of production and thus impairing the yield of further production.

A socialist government would badly need the concepts of capital and income as a guide for its operations. However, in an economic system in which there is no private ownership of the means of production, no market, and no prices for such goods, the concepts of capital and income are mere academic postulates devoid of any practical application. In a socialist economy there are capital goods, but no capital.

The notion of capital makes sense only in the market economy. It serves the deliberations and calculations of individuals or groups of individuals operating on their own account in such an economy. It is a device of capitalists, entrepreneurs, and farmers eager to make profits and to avoid losses. It is not a category of all acting. It is a category of acting within a market economy.6

This article is excerpted from chapter 15 of Human Action.

1. Capital goods have been defined also as produced factors of production and as such have been opposed to the nature given or original factors of production, i.e., natural resources (land) and human labor. This terminology must be used with great caution as it can be easily misinterpreted and lead to the erroneous concept of real capital criticized below.
2. But, of course, no harm can result if, following the customary terminology, one occasionally adopts for the sake of simplicity the terms “capital accumulation” (or “supply of capital,” “capital shortage,” etc.) for the terms “accumulation of capital goods,” “supply of capital goods,” etc.
3. For this man these goods are not goods of the first order, but goods of a higher order, factors of further production.
4. Cf. e.g., R. v. Strigl, Kapital und Produktion (Vienna, 1934), p. 3.
5. Cf. Frank A. Fetter in Encyclopaedia of the Social Sciences. III, 190.
6. Cf. below, pp. 526–534.

Bans on “Assault” Weapons Do Not Reduce Crime

Biden wants to roll out yet another

By now it should be perfectly clear

Relying on Experts: A Proven Path to Failure

The Economic Sanctions against Russia Are Destructive and Counterproductive: We Must Oppose Them

Roots of Our Current Inflation: A Deeply Flawed Monetary System

Relying on Experts: A Prov...